KNP Labs is ending this year with a number of conferences, which are always a good opportunity to meet old friends and new interesting people, while sharing knowledge and having lots of fun. I was lucky enough to participate to two of them!

First one: Kiev. I am always happy to visit this beauty located on the Dnieper River. After 2 years, things haven’t changed too much here, warm welcome and few Russian words, I really felt like part of the camp family.

As always, the conference was very well organized. I was surprised by the number of talks in English, as Symfony Camp UA was usually dominated with Russian talks.

The Opening talk was about shared experience of a team who switched to Symfony - mistakes and wins. Krzysztof Ożóg was speaking about creating daemons using Symfony components, a pretty interesting talk from this charming Polish guy. I was sharing some thoughts about taking e-commerce Syliusly, which we do here at KNP Labs. :) A talk about real time Symfony applications followed, before the star of the conference - Bernhard Schussek talked about Puli, an interesting idea I hope will gain traction next year. Developing business applications with Oro Platform was the next talk, and I was amazed by the number of features these guys pushed forward, definitely worth checking out for every Symfony developer. The last talk was about Codeception, which I found interesting for testing APIs, they really brought some interesting features in this department. 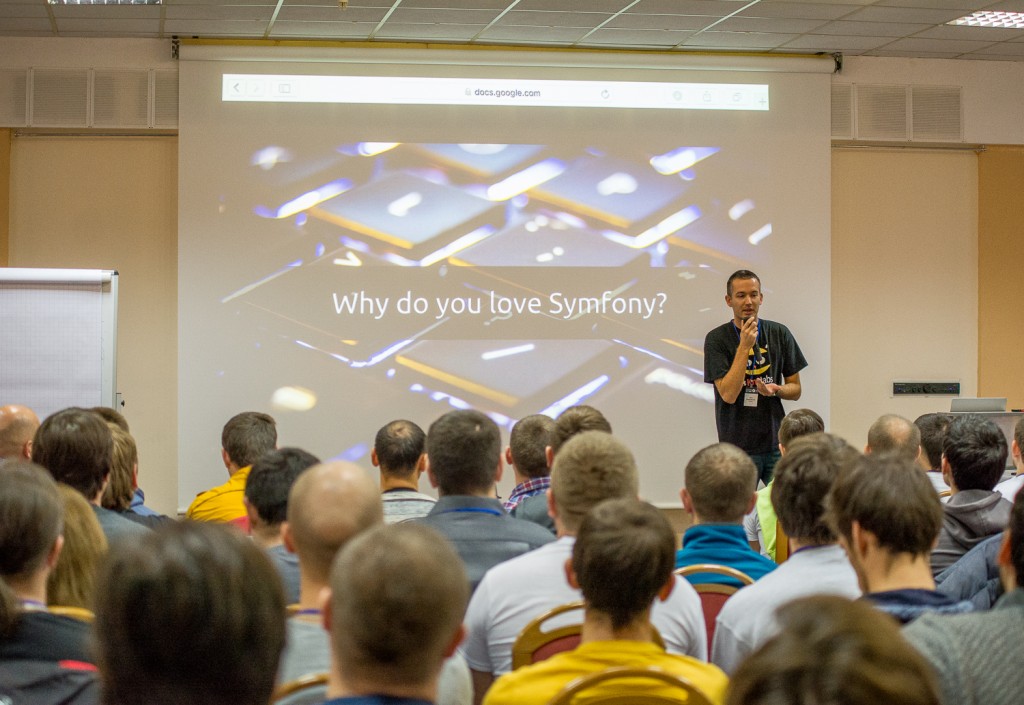 The official part of the conference is by tradition followed with a drinkup in the nearby pub. A bunch of geeks with beer in the hand yelling “Symfoneeey!!!” was the usual atmosphere for this conference afterparty. I stayed till late hanging out with my Ukrainian friends, doing my best to be understood with my bad Russian after a couple of beers and vodkas. :)

One of the strongest impressions I had during the conference was the number of questions there was, both during the talks and the coffee breaks. The audience in Kiev is hungry for knowledge. They are passionate to know more and learn new things. This is amazing, I can compare with other cities where developers are maybe oversaturated with content of this type. It was also pleasant to hear nice words about work the Sylius community is doing on the project so far.

I stayed a few days after the conference to do some sightseeing, taste remarkable Ukrainian food and coworking with my team-mate Andrew.

If you are interested into any of these topics from Symfony Camp UA, videos are available on YouTube.

Just two weeks after the camp, it was time for the huge Agile Testing Days, no more no less than near the residence of the Prussian kings, in Potsdam. My first time there, but near well known tech startup scene center of Europe - Berlin.

I was not the only KNPeer there, live coding session master Florian was a perfect companion for the walk through the valley of testing.

We were totally out of our comfort zone there, so many agile testing people in one place. We were only two open source enthusiasts, one passionate about Docker, vi...and me Sylius, BDD and stuff.

But the difference that made this conference fun was that we saw how people handle the same problems differently, when working in large companies with a QA team, focused only on testing stuff.

People on this conference are different, they are funny, passionate about music and crazy enough to come up on stage and play music or sing. Some of them tend to embed this kind of performance into the talk, and sing about Logstash or any tech thing (she logs you, yeah, yeah, yeah...).

I did the lightning talk about Centipede, because it is a lightning short topic, and because this was the perfect opportunity to collect feedback from people who are masters in this area. I also did BDD talk about Behat. At first I thought: «who am I to teach this people about BDD», but then I realized that it is interesting for them to hear how it works for the small teams and how you can do a decent BDD with PHP.

Florian nailed his continuous delivery workshop. After theoretical intro, he started from scratch, with a little Python app and managed to create delivery pipeline. I was enjoying the opportunity to play with Docker again, with Flo on hand, it was a piece of cake. :) 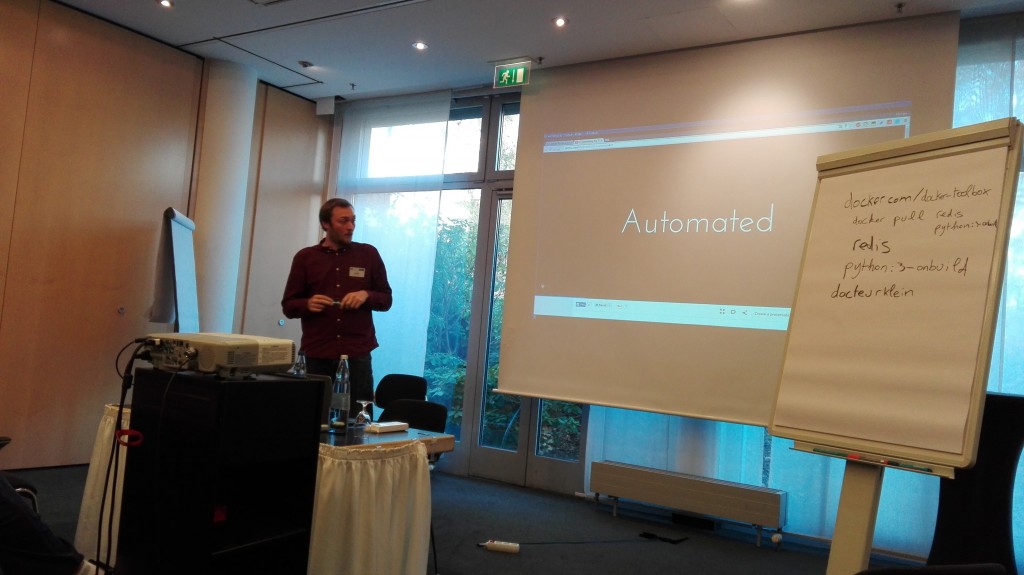 The conference in general was very well organized, lots of high quality content delivered by about 100 speakers! If I had to complain about something, it would be the bad Wi-Fi connection. But maybe it is for the best, less tweeting and more real life communication. :)

Overall, this has been a really interesting Autumn for happy awesome KNP developers.

I would like to thank both organizers for having us on board. Hope to see you again next year. ;)