For the fourth edition of our KNP Hackathon, Emma, Flo, Sylvain and Yann wanted to resurrect our Edgar bot on Slack. For the outsiders, we used for a long time Hipchat as our major communication interface and several KNPeers, mostly Flo, gave a lot of love to a bot named after our mascot Edgar. He had a lot of nice features and the search functionality for gifs was amazingly appropriate. After a common vote, we moved to Slack, and some of us were very disappointed with the Slackbots, too anonymous and Giphy sucks most of the time. 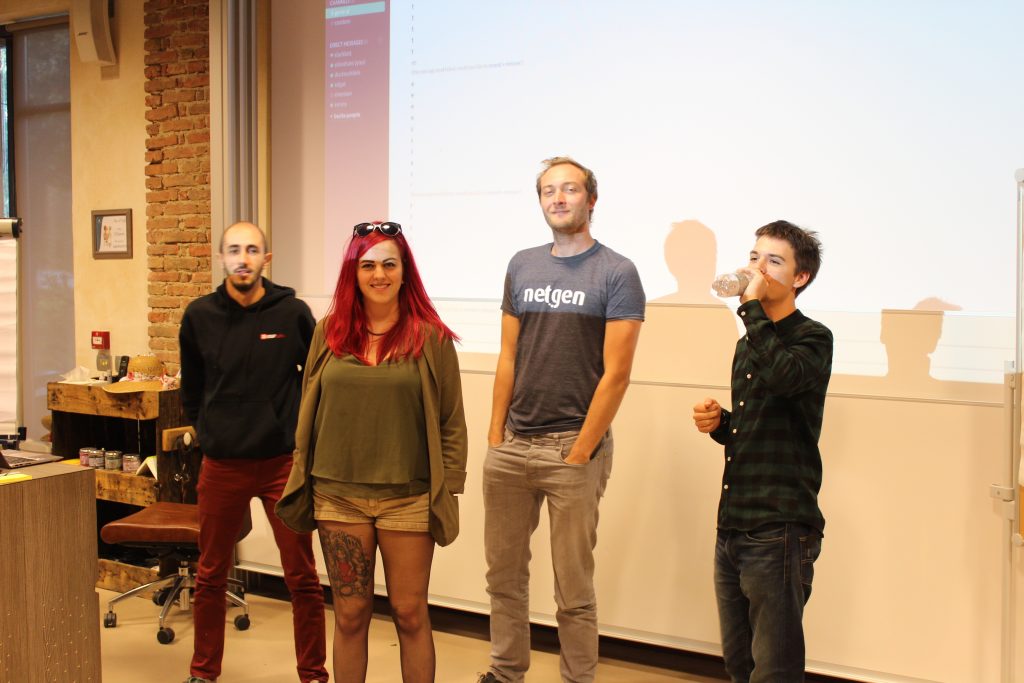 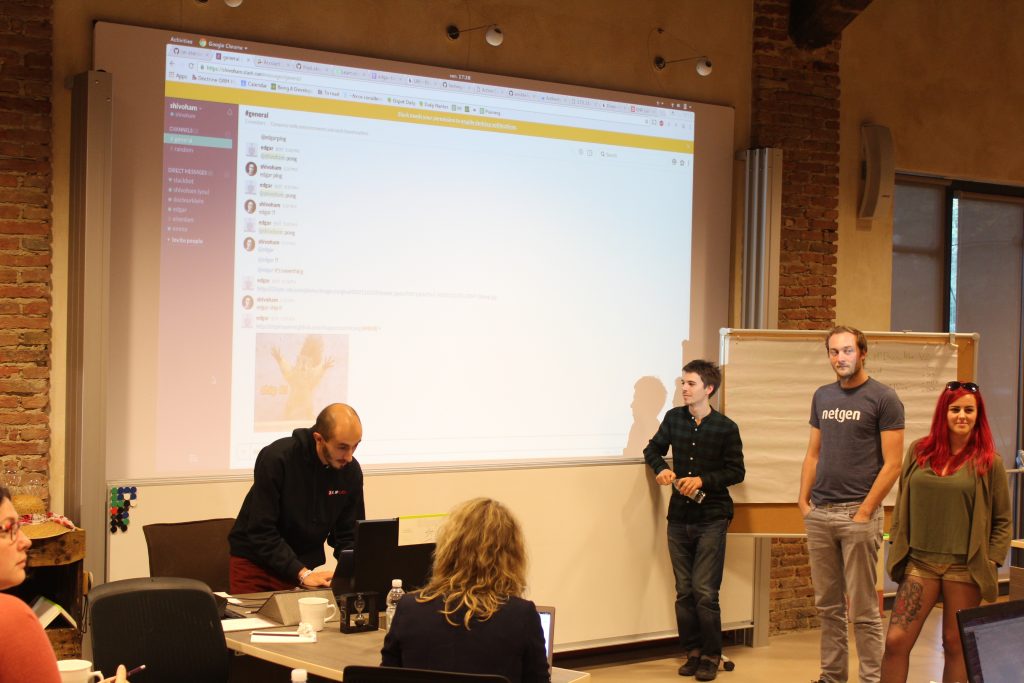 So Sylvain had the really nice idea to boost Edgar on Slack.

For four days they worked on a new Edgar bot. As our goal was to go out of our comfort zone  during the Hackathon (using new technologies or languages), they chose to use Elixir/Erlang with the Hedwig Bot framework, Elastic Search & Ruby on Rails and voilà!

Here are some killer features they developed :

They divided the work in two teams : Flo and Sylvain worked on making Edgar work again with the latest Hedwig version and bringing back our beloved Edgar on Slack. As soon as the already existing features were back, they worked on the improvements : 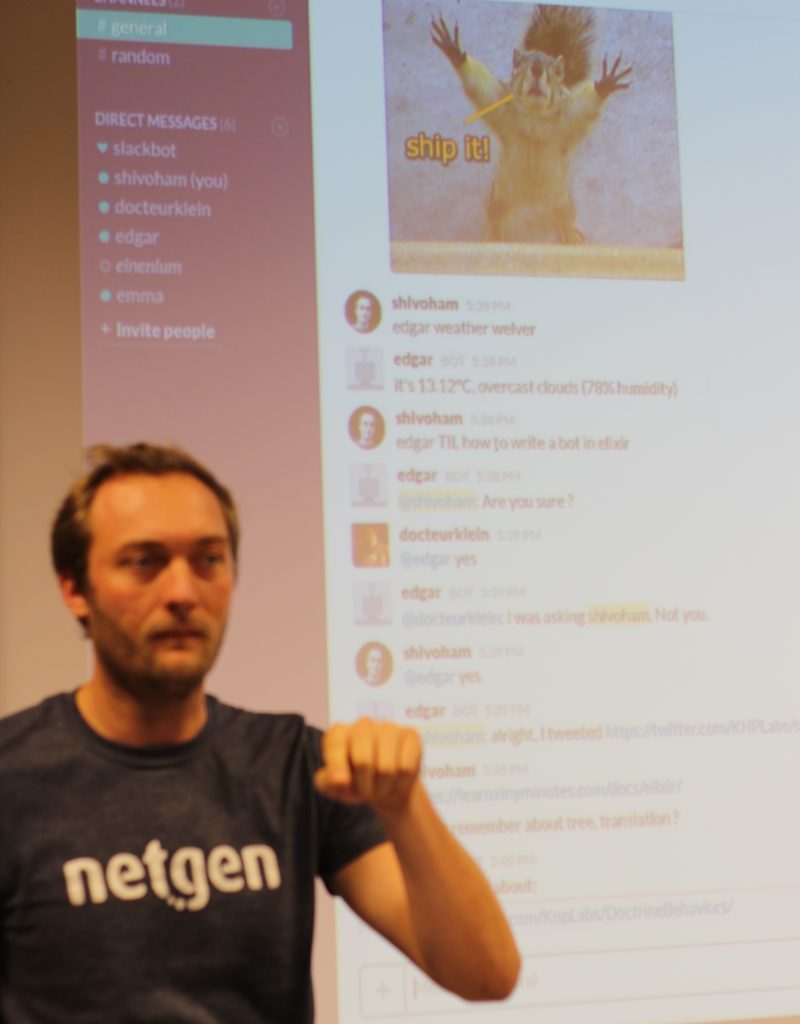 The erlang VM has the advantage to bring a very robust framework to build highly available applications. Its (unique?) process model makes it friendly to handle failures. The whole paradigm can be resumed in one sentence: “let it crash!”.

Compared to other usual languages, each process is isolated and has its own garbage collector: there is no such thing as “global, shared mutable state”, and “block-everything-garbage-collector-pass”.

Process communication is built-in the language and native helpers are provided to programmatically manipulate them: that’s what we used for example to implement the table flip.

Some process is sent a message after a decided time. When the process unstacks its mailbox, it decides what to do with the message. This asynchronous, non-blocking messaging mechanism is the reason why erlang is so unique, robust and able to answer the C10K problem!

Using processes to model a bot is ideal: you can take advantage of erlang supervisors to ensure a process is always alive (or recreated if killed). That makes the edgar bot almost invincible!

It was also really interesting to discover Ruby with a simple syntax which is pleasant to write and nice to understand. We can see this line “return unless text”, it’s prettier than a “if (that) { return that }” in php! Ruby is just quick to learn and easy to use. 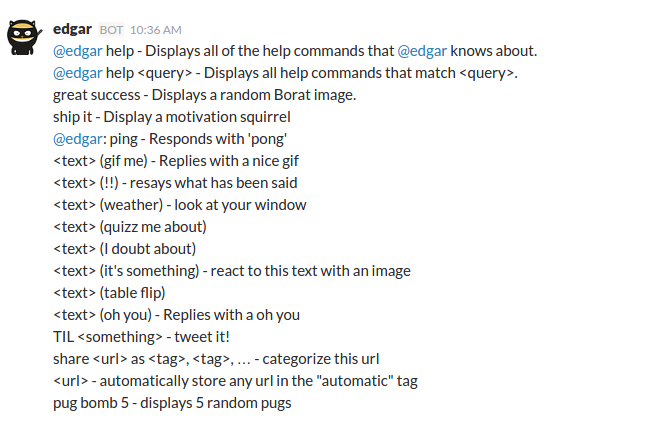 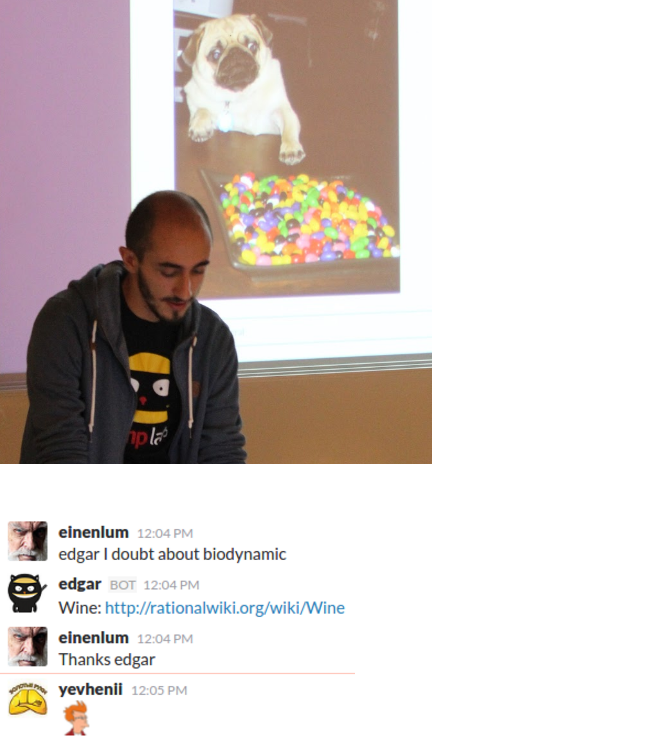 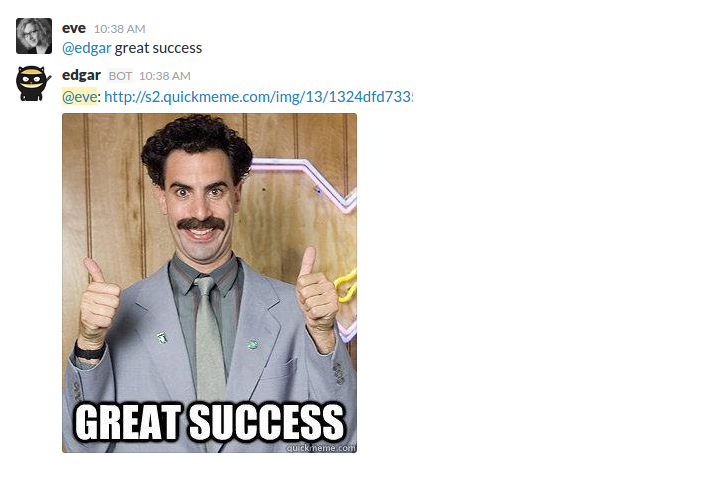 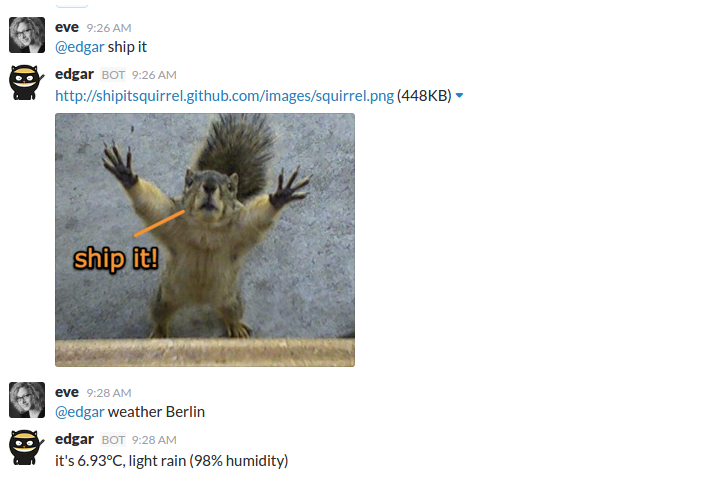 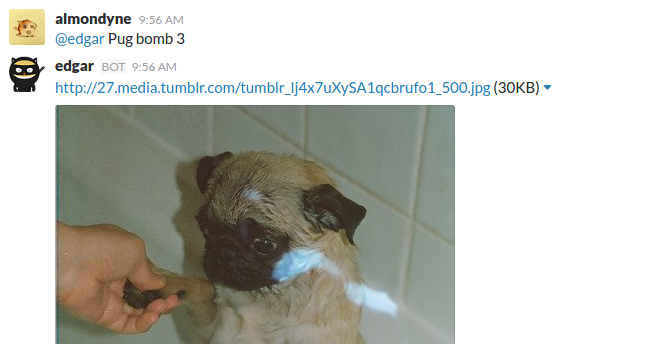 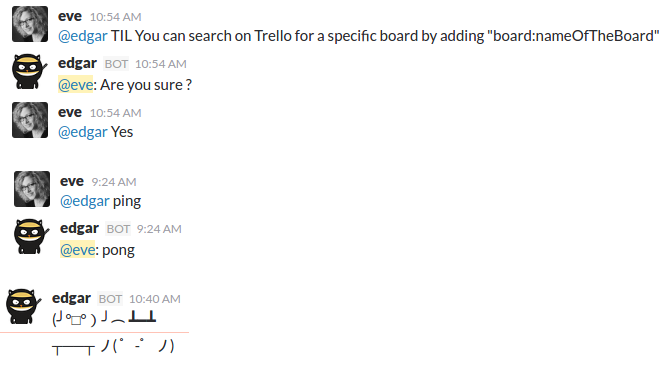 A big KUDO to the team, we are all happy to welcome Edgar on Slack :D

Hackathon#4 - Out of your comfort zone in Bella Italia

For our fourth KNPHackathon, we took our KNPeers to the very beautiful Cascina Erbatici next to Milano. After a warm welcome by the hosts, and during the Aperitivo, we took time to thank our CEO Laetitia for giving us twice a year the opportunity to work together IRL in a wonderful environment. T...