Three years ago the RAD Bundle was born of an experiment in order to speed up our application development at KNP. As it was really successful, we decided to take some time and love during our KNPHackathon, in order to split it up and beautify the RAD components. The former RAD Bundle will be deprecated.

The RAD-Team, composed by Adrien, David, Yann & Sylvain, did a great work on the RAD Universe. Here is the RAD-Team and their short interview. 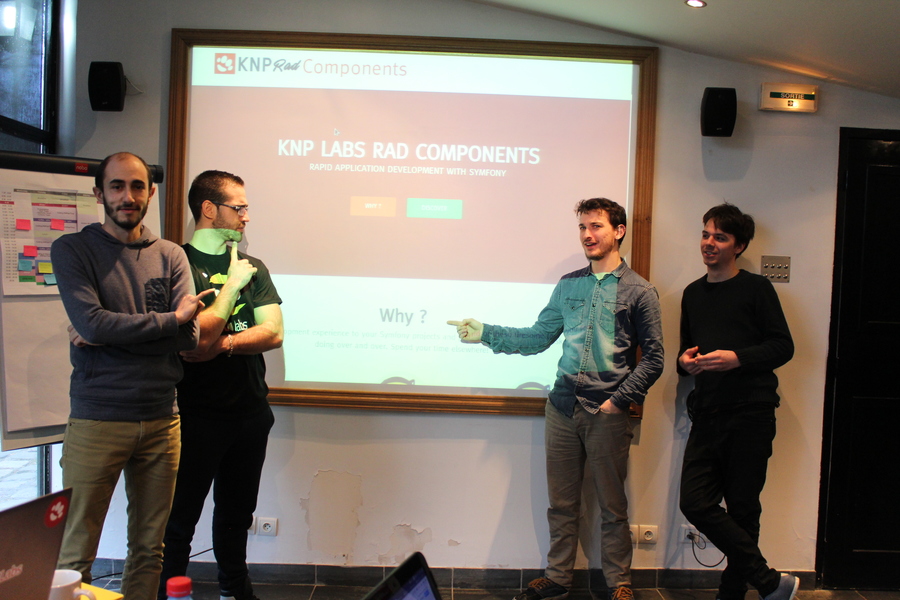 Edgar: What is your impression of the three days of the Hackathon? What did you do?

The RAD-Team: We did a great job. Our idea was to split the existing RAD Bundle into many little components. And everything is SF3 ready! We enhanced the documentation and we released new versions.

Edgar: Where can we see your work?

The RAD-Team: There was already a website to present the Rad Bundle. We also have now a nice Rad Components website.

Edgar: What is the main difference from the RAD-components and the existing RADBundle?

The RAD-Team: Each component is now usable on its own (you don't need to install the full stack anymore). They bring their own bundle inside.

As a developer, you will now be able to choose the specific behaviors you want to bring in your project. As a contributor, fixing and improving components will be easier

In the future, there will also be a bundle with all components inside, and they can be easily switched on and off in the general configuration.

Thanks to the team for pushing the RAD Universe to its next level!